As 5G technologies mature, cyber and physical domains will merge, giving rise to a hybrid threat landscape. In other words, cyberattacks that happen in cyberspace will have major ramifications in the physical space.

With 5G being the fifth generation of wireless technology, we are now at the cusp of another digital revolution and the stakes couldn’t be higher. While 5G promises to transform communications, spur innovation and accelerate economic growth, it can pose a significant cyber risk, not only to individuals and businesses but also to nations. Let’s explore some potentially major cyber risks.

5G significantly differs from its predecessors (2G, 3G, 4G) in the sense that it’s built on virtualization technologies like network slicing, which creates virtual networks on top of a shared physical infrastructure. Such virtual networks and software-defined network partitions create more entry points for malicious actors. For example, attackers can compromise a network slice to monopolize computing resources such as crypto mining, or they can cause insufficient resources for critical services running on other virtual partitions and disrupt the availability of services.

Further, many latency-sensitive 5G applications, such as autonomous vehicles, video surveillance, and the internet of things (IoT), use multi-access edge computing. This means that instead of being consolidated in the cloud, data is stored, processed and analyzed at the network edge, closer to the endpoints.

While this enables real-time analytics and decision-making, it also expands the attack surface since critical data is distributed across an array of systems that can be compromised. Additionally, the sheer velocity of 5G networks combined with complex infrastructure, more routing points and heavy reliance on software creates an even more open network that is vulnerable to dangerous attacks.

Remember the time when we felt irritated or helpless if our Bluetooth didn’t connect with our car stereo or our ISP had a sudden outage, or our online deliveries got delayed? Now imagine if a cyberattack locks people out of cars, takes control of their vehicles and causes the braking system to fail.

Autonomous drones used in surveillance, deliveries, defense and agriculture are hijacked, manipulated remotely and knocked out of the sky. Distributed denial of service attacks (DDoS), whereby servers are overloaded by an abundance of incoming service requests, knocking them inoperable, can be targeted at such things as crop sensors, waste management systems and smart water meters, causing disruption. Factories are forced to shut down, power grids are taken offline and societies are brought to a screeching halt.

5G has already enabled latency-sensitive, mission-critical industrial control systems that run smart grids, smart cities and smart factories. Transportation systems like self-driving cars, semi-autonomous trucks, driverless trains and automatic pilot avionics are already being deployed and tested in the real world. Whilst connectivity and autonomy are extremely attractive to consumers and businesses, it’s equally attractive to those vying for control and chaos…

Steve Durbin discusses 5G - what it is, what changes it will affect, and how we can keep our operations and supply chains secure.

Listen Now on Is 5G Expanding the Cybersecurity Attack Surface? 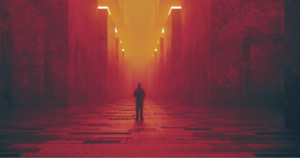 Ways to survive the ransomware menace

Ransomware continues to be a clear and present danger for all organisations - as long as there is money to be made, threat actors are showing no signs...

Watch on-demand on Ways to survive the ransomware menace 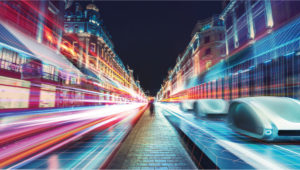