Solve ICS Security Issues with ICS and IT Team Convergence

It’s predicted that threat actors will weaponise industrial control systems to harm or kill humans by 2025. Prepare by learning how to balance ICS and security convergence.

Industrial control systems refer to a broad class of automation systems that include programmable logic controllers, safety instrumented systems, distributed control systems, human-machine interfaces and SCADA systems. These systems are vital to critical infrastructure because they control and monitor manufacturing and industrial processes — without which societies, countries and economies would fail.

Historically, ICSes had a high degree of physical separation from IT infrastructure. Changes in business requirements and innovations in technology, however, are causing an organic convergence.

Common drivers for ICS and IT convergence

Although ICS environments were previously left isolated intentionally, they are now increasingly connecting to other networks. Seventy percent of ICS environments had an external connection in 2021, almost double from the previous year, according to research from cyber security company Dragos.

This convergence did not happen on purpose, but rather is due to a number of organic changes that came largely from the digitisation of ICS environments.

Some common drivers leading to ICS and IT convergence are the following:

The convergence of IT and ICS environments offers benefits for the entire ICS ecosystem. It also introduces new security risks, however, many previously unknown to manufacturers and industrial processes. Gartner predicted that, by 2025, threat actors will weaponise ICS to harm or kill humans. 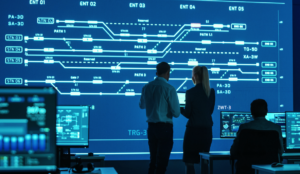 Has your organisation considered the complexity of environments within its ICS security controls? 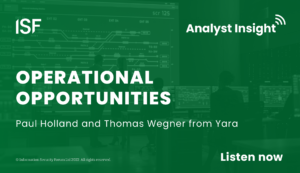 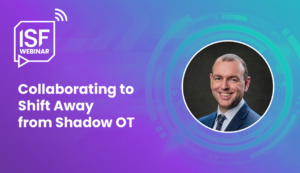 Collaborating to Shift Away from Shadow OT

Paul Holland offers author's insight into the ISF research on ICS, and how you can understand and protect these often-critical environments.

Watch on-demand on Collaborating to Shift Away from Shadow OT