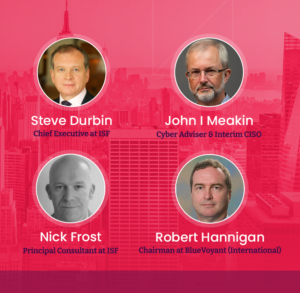 Hear 3 key takeaways from Today’s cybercrime pandemic and what to do about it – CxO Roundtable. Understand what organisations can do to prevent themselves from attacks, how CISOs can engage the board and how to future-proof your organisation against cybercrime.

Guest speakers share their insights on the techniques cyber criminals use to increase the effectiveness of their criminal activity and provide guidance on how you can gain an objective view of your own threat landscape and enable a threat driven cyber security strategy.

Steve Durbin is the Chief Executive of the Information Security Forum (ISF). His main areas of focus include strategy, information technology, cyber security and the emerging security threat landscape across both the corporate and personal environments. He is a frequent speaker and commentator on technology and security issues. Steve is a Forbes Business Council Member and a visiting lecturer at Henley Business School where he speaks on the role of the Board in Cybersecurity.

Nick’s career in cyber security spanning nearly 20 years. Most recently, Nick has held leadership roles at PwC as Group Head of Information Risk and at the Information Security Forum (ISF) as Principal Consultant. Nick first embarked on a career in the Oil and Gas Industry and then switched over to ‘internet security’ in the late 90’s pioneering the design and implementation of early network security technologies. Nicks combined experience as a cyber risk researcher and practitioner designing and implementing risk-based solutions places him as a leading cyber risk expert.

Robert Hannigan is Chairman of BlueVoyant (International), the global cyber security services company. He was previously Director of GCHQ, the UK’s largest intelligence and security agency, and set up the National Cyber Security Centre. Robert is a leading authority on cyber security, cyber conflict and the application of technology in national security and contributes regularly to the Financial Times, BBC and other media.

Dr. John I. Meakin is a specialist in information and cyber security with over 30 years’ experience as a CISO in a wide range of businesses and markets, including banking, oil and gas, retail, and pharmaceuticals. He retired as the Chief Security & Risk Officer at Burberry in 2017 and for the past few years has held advisory and interim CISO roles in various businesses, including Equiniti Group, Ingka Group, GlaxoSmithKline, and HSBC. 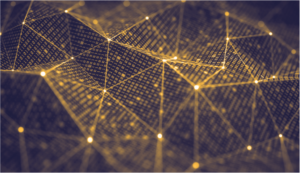 The goal of every information security professional is to enable the organisation to conduct its business safely and securely, and to successfully avo...

Read more on Standard of Good Practice for Information Security 2020 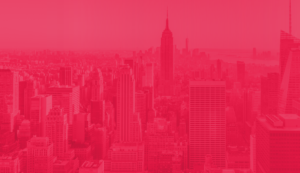 Today’s cybercrime pandemic and what to do about it

From 1pm BST, Steve Durbin, Chief Executive at the ISF will be joined by expert speakers to share their insights on the techniques cyber criminals are... 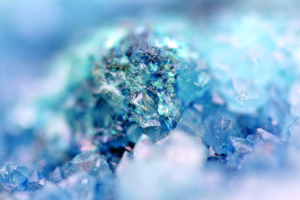 Protecting the Crown Jewels: How to Secure Mission-Critical Assets

Read more on Protecting the Crown Jewels: How to Secure Mission-Critical Assets